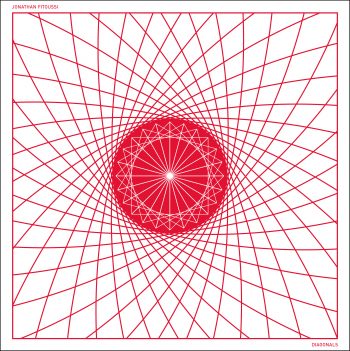 Hailing from Paris, Jonathan Fitoussi has been exploring contemporary minimalist musical forms for almost a decade. His recent solo works have been described as a “fusion of electronic and acoustic sounds with melodic textures, colours and emotions in a cinematographic aesthetic style”, all of which is fuelled by his passion for recording, for analogue studio technology and for rare instruments.

‘Diagonals’ is the live recording of a one-track long improvised set that was performed on a warm June evening in 2018, at the crypt of St James’s Church in London for Bleep43. Inspired by the performance space and the place, he sculpted matrix combinations with the semi-modular Synthi AKS and Buchla Music Easel 70’s synthesisers, creating sounds whose vibrations resonated with the repetitive geometric motifs woven into the Afghan rugs on which the composer and his audience were comfortably installed and the venue’s brick vaults and pillars. 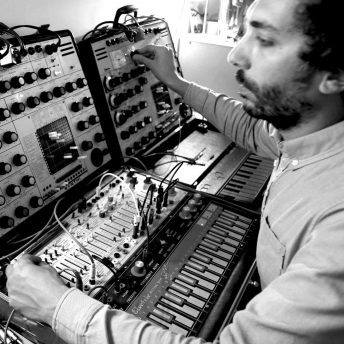 ‘Diagonals’ transcribes a trance-like analogue experience. It is a compilation of crafted sequences forming one sublime, hypnotic gem of modern ambient electronica.